Digital Presence: bearing witness in the face of an uncertain world 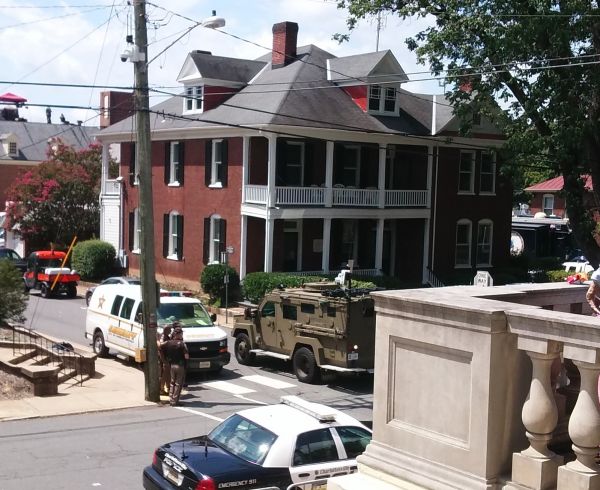 This was not the blog post I planned to write.

As sometimes happens in church-related communication, the relative importance and timeliness of the planned topic was superseded by another more significant development. 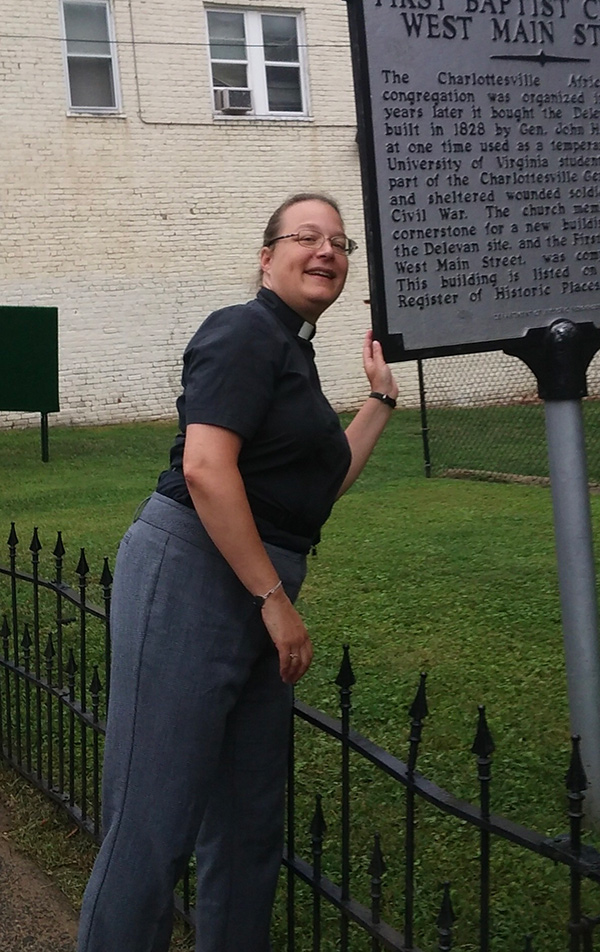 Like so many across the country, I watched in horror at the news and images of Nazi-flag-wielding mobs in Charlottesville, Virginia this past weekend. I was vacationing in a remote cabin and my only means of following the events was my social media feed. I first became aware of the upcoming hateful gathering from friends, such as the Rev. Michelle Boomgaard, who planned to stand with other clergy in collective witness, bearing a message that hate must be countered with love. On social media, she (and other clergy) asked for prayers as they strategized and prepared their counter-protests. This was followed with posts of real-time photos of clergy standing arm-in-arm singing down hate; and then posts asking for prayers for those who were killed and injured in the appalling vehicular assault and reporting on their own personal safety. I followed each tense update, worrying and praying for my friends and for all who were involved. It was hard to evaluate their individual experiences in the context of the larger gathering – news sources were sporadic and slow to report. I had only a series of eyewitness accounts to help me understand an event that was much bigger than any one person’s perspective or personal engagement. It was confusing, messy, and horrible. But despite all, I was thankful that in the mess and hatred and confusion, I knew irrefutably that the love of God existed, embodied by the clergy and other people of faith who were present and praying and singing.

And this is the point of my post today, and why my original blog post was postponed.

In times of turmoil, confusion, and distress, people still look to the church to be present and to be a tangible witness of the love and continuity of God. If we, as church leaders and communicators, are not present where people gather in both physical or virtual spaces, then we have missed our mark and our calling.

The profound importance of a visible, prayerful church presence in both the physical and digital space really hit home for me last year. Leaving Pennsylvania to drive to North Carolina one morning in June, as I walked out the door I vaguely heard something on the news about a shooting in a nightclub in Orlando. Two hours later, when I checked my phone at a West Virginia rest stop, I grasped the horrifying reality of what had happened. I texted my Rector, asking for a prayer or a statement: anything to offer to people who were grieving, shell-shocked, and undone. I had no idea if he’d seen the news; it was a Sunday morning and I knew he was in church. I had no idea if he’d check his phone between services. But I hoped that I could reach him, and that between the two of us, we could offer evidence of a loving God in the midst of tragedy. Fortunately, he got my message. 20 miles down the road at the next rest stop, I combined his prayerful and thoughtful response with an appropriate image I pulled from the internet. From my phone, I posted this on our church’s social media which in turn fed our website. People responded, adding their own prayers and horror-stricken responses. That post had one of the highest levels of measurable engagement of anything we’ve ever posted.

Do social media analytics matter in the face of tragedy? Of course not.

What matters – and why the level of engagement is noteworthy – is that it is evidence that in their shock and grief, people turned to the church and were afforded some measure of comfort by gathering virtually as people of faith.

Does social media engagement take the place of real substantive action to address societal issues? Of course not.

Liking or sharing a social media post does not necessarily effect meaningful change. But in those initial moments of distress, fear, and grief, gathering virtually for prayer and reassurance can make a difference. It can center us and it can solidify our resolve to regroup and carry God’s love into the world in substantive ways. Reading thoughtful, reflective pieces after an event can help us to discern our actions and responses as people of faith. The digital space is often used for purposes and ideologies that are counter to love of God; it is essential that we use our virtual presence to be a light in the darkness, our digital voice to be a loving alternate narrative to hate.

But stepping into the digital space in the midst of confusing, polarizing, and volatile situations can be an unfamiliar and uncomfortable practice for churches.

Taking a “wait and see” approach is not uncommon. There may be a reticence to speak before all facts are known; there may be a concern that in reassuring some people we will alienate others. Individual clergy or lay members may worry about drawing boundaries between their personal experiences and their role as a representative of the institutional church. Clergy and lay communicators may feel pressure not to post anything until it’s been vetted by others responsible for church decision making. And yet, if we miss the moment in which people are seeking us, if we fail to gather in Christ’s name, we have, in some way, failed in our calling.

How do we as the church respond digitally to difficult and confusing situations:

Sadly, if there is one thing we know from history, it is that we are a broken and deeply flawed people who often inflict grievous injury on one another. Whether people experience victimization directly or as troubled, terrified bystanders, when they look to the church for consolation, we must be present. As quickly as we open our sanctuary doors for prayers and reflection, we must step into the digital space and, there too, gather hurting people into the embrace of God.