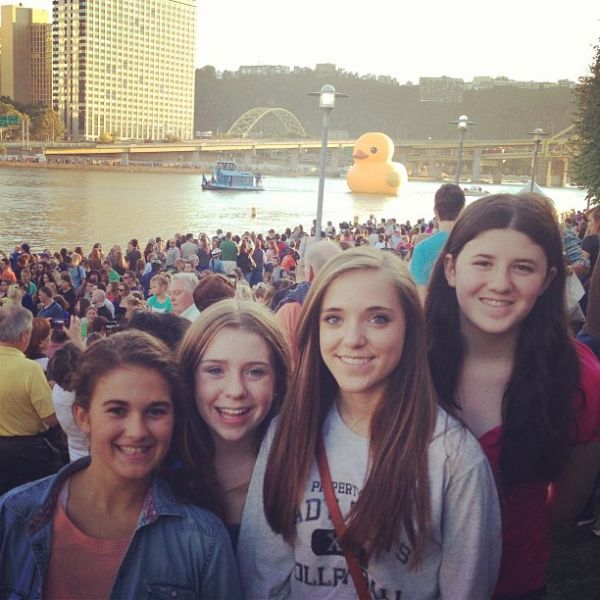 I always mispronounce the word arugula. I’m not trying to be quirky or cute, I just say it incorrectly every single time.

And like many of us with large families, I often struggle to come up with a name, babbling through four or five attempts before I arrive at the correct moniker for the child standing in front of me.

At least with verbal gaffes, we are immediately aware we’ve said something wrong. The look of amusement, confusion, or irritation on our listener’s face gives it away.

But when we make mistakes in the digital space? That’s a different story. The speed and potential scope of our misdeed is exacerbated by the fact that we might not even be aware we’ve made a mistake. There is no immediate physical feedback to cue an apology, correction, or explanation. We might craft an email or post a comment, then log off and go about our life, unaware that our quick quip, unfortunate misspelling, or thoughtless phrase is ricocheting through cyberspace.

Some mistakes can be amusing. I once sent a group text to my teenage Girl Scout troop inviting them on an outing to see an art installation in Pittsburgh. “Heh! Who wants to go see a giant rubber duck on Friday?” Unfortunately, I substituted an “i” for a “u” in the word “duck” … and wondered why they were suddenly such art enthusiasts.

Some mistakes can be embarrassing. . A personal email invitation to contribute to a stewardship campaign addressed to John and Sheila, forgetting that Sheila is John’s ex-wife and that Susan is his current spouse, is awkward, not to mention unlikely to result in a donation.

Some mistakes can have serious consequences. A PR executive – who definitely should have known better – fired off a racist tweet before getting on an international flight. By the time she landed, she had offended a large swath of the Twittersphere and lost her job.

For better or worse, we hold the church – and the people who comprise the church – to higher standards of behavior than we do the general population. When those of us who represent the church make a mistake – and sooner or later we all do – it’s important that we respond quickly, authentically, and effectively. Better yet, we need to do all we can to avoid making mistakes in the first place.

The Golden Rules of Avoiding Mistakes

Even if you are exceedingly careful, sooner or later, in the digital space as in life, you will make a mistake. Hopefully it is something minor that causes no more than a bit of embarrassment. But what if it’s not? I heard an awful story of a priest who posted a joke about retired folks. Except instead of “retired” the word was auto-corrected to “retarded.” Even if this priest had spent his entire career advocating for individuals who had special needs, this would be devastatingly painful.

So when it happens, as you sit staring at your screen, stomach clenched, heart racing, palms sweating… what then?

When the Inevitable Happens

Don’t cringe and pretend it didn’t happen. It did.

Don’t cringe and assume no one saw it. They did.

Don’t cringe and hope it blows over. It won’t.

Everybody makes mistakes. Unfortunately, mistakes in the digital space can do more damage more quickly than any interpersonal verbal gaffe. And yet, this presents us with even more of an opportunity to act with grace, compassion, and forgiveness in a world that is so often lacking in these qualities.