Social Media: the next best thing to being there 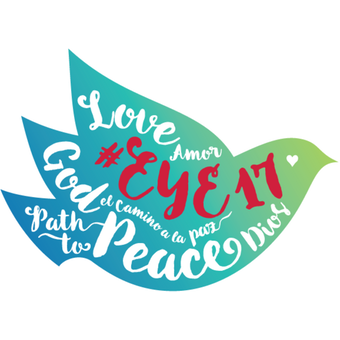 For every one of the 1,300 young people and adults who gathered in Oklahoma City for the Episcopal Youth Event (EYE), there were legions – like me! – stuck at home who wished we could be there.

Fortunately, the energy and excitement of the event was captured and shared across multiple social media platforms by a dedicated team of 4 teen leaders and 2 adults, working closely with Wendy Johnson, Officer for Digital Formation and Events for the Episcopal Church. Churches planning to use social media to share an event could learn a lot from the discernment and intentionality of the EYE social media team!

Before the Event – Deciding on a Goal

Before identifying messages, strategies, platforms, roles, schedules, or audiences, the team wisely took a step back. Working together, they pursued a shared understanding of the culture of social media. From these discussion, they honed in on one essential question: what does social media evangelism look like?

With that question as a clear guiding principal, the EYE team moved forward in common understanding and purpose. They determined that social media evangelism depended on storytelling. Seeking out, capturing, and curating the stories of EYE, before, during, and after the event would allow them to weave an overall collaborative story from myriad individual stories.

Next, the team identified their core audiences, split between those who were aware of EYE and those who might be hearing about the event for the first time. Potential social media audiences included:

The team then identified the social media platforms they would use – Snapchat, Instagram, Twitter, and Facebook – and crafted a social media schedule. Posts pertaining to logistics and reminders were created in advance and scheduled so team members could be more flexible during the actual event.

During the Event – the Voice of EYE

One of the key responsibilities of the EYE team was to partner with other media providers such as the Episcopal News Service, the communications office of the Episcopal Church, and the event audio visual team. This coordination proved to be a larger task than expected, but the EYE team responded masterfully, aided by their common understanding of purpose and focus. Furthermore, the team lived into their role as evangelists, serving as “the voice” of the event – they gave interviews for various podcasts and articles, and made sure to take a ton of pictures.

During the event, the team coordinated their activity using the GroupMe app and daily in-person meetings. They monitored the use of the various social media platforms, and witnessed the following trends:

After the Event – Points of Growth

As in any event, it was helpful for the EYE team to consider what went well, what was unexpected, and where points of growth existed. Some conclusions:

Overall, the EYE social media team did a great job living into their primary question: what does social media evangelism look like? They thoughtfully answered some important questions in advance:

And while circumstances evolved during the event, the EYE team was able to respond to the unexpected by drawing on the structure they had established and their shared understanding of their goal of evangelism.

Whether your church is planning an event for 1,300 or 130, studying the process and best practices exhibited by the EYE social media team is a great place to start!

Check out EYE on social media: